Spoiler: It may be the gig bags.

My magnificent Waldorf Blofeld has been shelved for a couple of weeks in the place where we usually jam – but as one of my fellow musicians had a broken finger, we could not make music together and I just left the Waldorf synth in that place, a basement belonging to a church. Then, on Saturday, we finally met again. I unpacked the Blofeld and was stunned to discover that it looked like this:

The keys had developed a slight yellow tint, well visible in contrast with the pearly-white Blofeld housing. A daylight view of the synth confirms this: 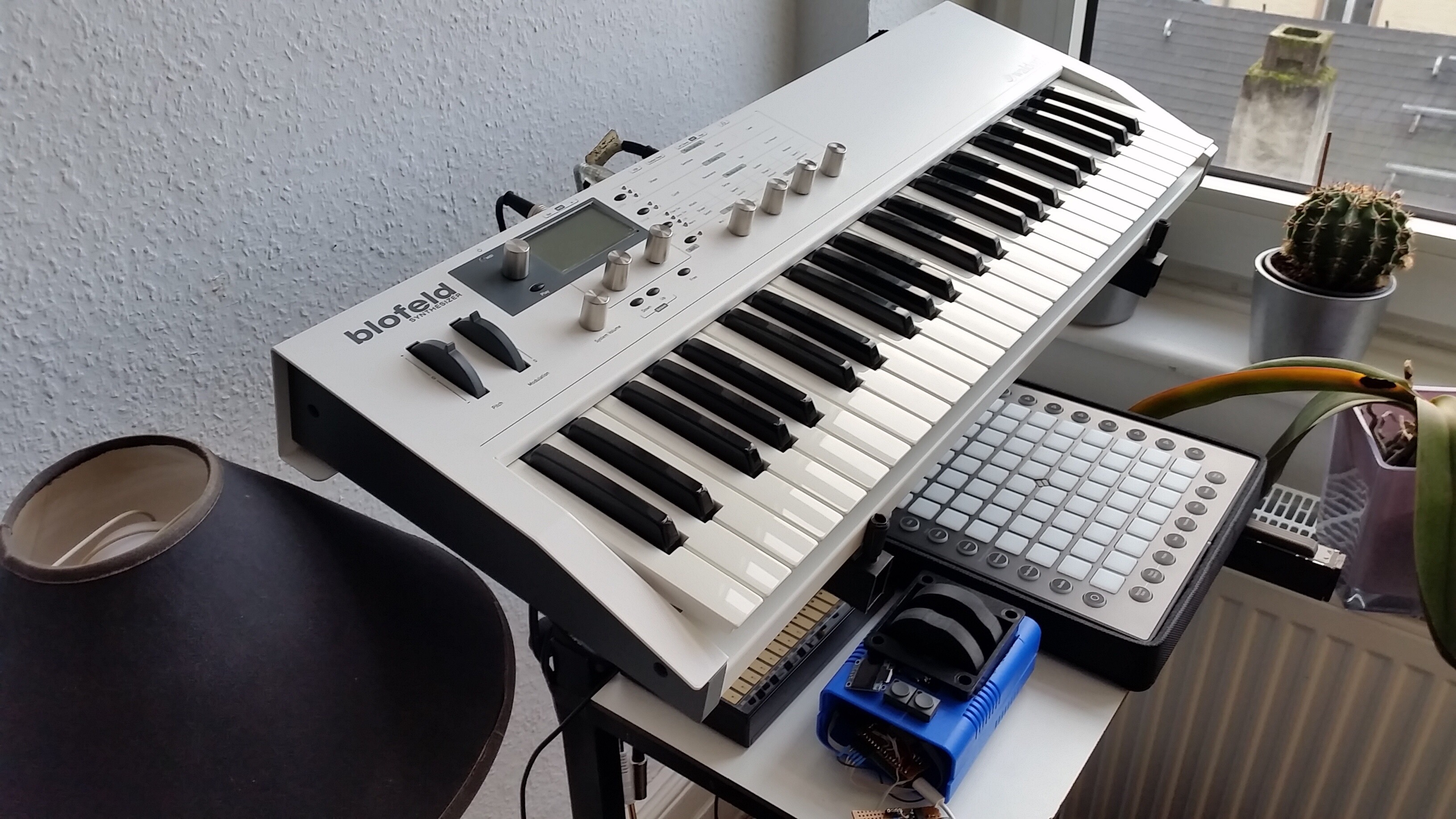 The tint is not very strong yet but it is plain ugly – and I know that even with a strong bleach agent and lots of sunlight, there is no guarantee to get them white again. Not mentioning the time it would take to take the keyboard apart. So I was shocked and hurt – and started looking for a culprit.

The Blofeld is not the first synth that turns slightly yellow: A Korg R3 I once owned and sold to my friend, and which has been stored away in the basement room for months, has really, really yellow keys by now. So which conditions are responsible for making the keys (and the synths) that ugly?

To clear the most obvious suspicion: it has nothing to do with humidity. The cellar room in the church’s basement is next to the heating facility for the church, so it is dry, warm, and sufficiently aired. But there is another factor: Both synths had been stored in gig bags. 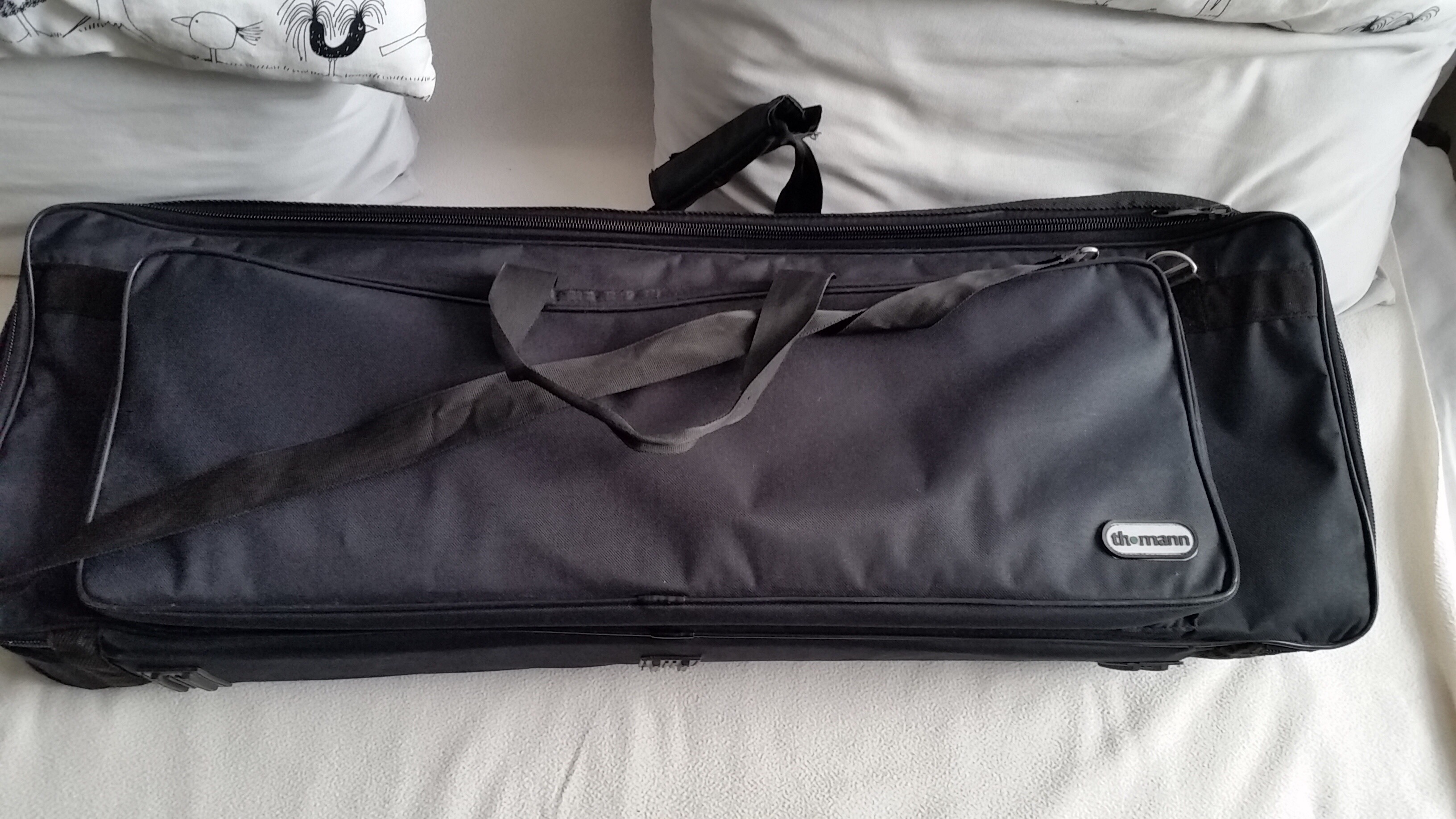 Soft bags like the one for my Blofeld are cheap, lightweight, and available in all possible sizes – but my theory is that these gig bags air a chemical agent that slowly tints the plastic keys. A likely contender: a brominated flame retardant. Cheap plastic textiles like the ones used for those gig bags are required to be made from flame-retardant material, so the agent is there, maybe something like the common TBPPA that is supposed to be harmless in comparison to other flame retardants. We know that they diffuse into the air – almost every human in the Western world contains traces of bromide from flame retardant. What that will do to our health is another rather unsettling issue, but I am pretty sure that it makes my synths ugly.

What is there to do?

Apart from the Blofeld and the Korg R3, there are a couple more synths in the basement room. My friend keeps his master keyboards in plastic bags, and they have not been affected by the yellowing disease – so if you are about to store synths, it may be a good idea to put them into a closed trash bag before putting them into the gig bag. I also noted that another keyboard in another gig bag is not affected – maybe due to another flaming retardant used, but more likely because I never closed that gig bag, so the chemicals just diffused into the air (and into our lungs) rather than into the keys.

I will have to write to Thomann about this.