Rediscovering an old love of mine, for a simple reason: The R3 is an ideal piece of gear to take on a holiday – compact yet with a full-sized 3-octave keyboard, extremely versatile, powerful sound – and really good fun.

The setup: The R3, vocoder mic inserted, my Volca Beats drum machine synched to the R3 via a sparkling blue MIDI cable, and inserted with another audio cable into the R3’s two audio inputs, and optionally, the ModStep sequencer app on my iPad as a phrase recorder, connected via the new Camera Connection Kit and an USB cable. Apart from my headphones, there is even a small autonomous Bluetooth speaker that can be wired to the R3’s output, via another audio cable. As the R3 is a full-blown synth rather a sound toy (also known as “Tischhupe”), and everything mentioned fits effortlessly into a small gig bag, and thus in my overstuffed car, I conclude that the R3 is ideal travel gear, and suitable even for camping holidays.

Yet the R3 is so much more.

Bass and melody tracks in Modstep, you can even override the Volca Beat‘s patterns and control the sounds directly from a Modstep grid

Came as a substitute, stayed as a champion

Many, many years ago, I was looking for a small beginners’ synth to get back into music. I had been looking for a MicroKorg but without the MK’s obvious limitations – four-voice, monotimbral, small keys simply not suited for my clumsy fingers. I realized that there was a MK XL, and then I realized that there was a slightly larger version of the same engine packaged with full-size keys, more FX, the capability to produce two different sounds at once, and a slightly better user interface, called R3. Which was to be had cheap. So I bought a second-hand one on eBay. 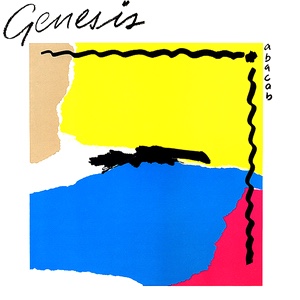 Genesis fans from the Prog-Rock as well as the „Mama“ factions hate it. Well, „Duke“ it‘s not, but it contains some truly unique pieces of music.

For one, I do love underdogs. And the R3 is an underdog synth. You see, the R3 is a bit like Genesis’ “abacab” album. Prog-Rock Fans hate this record for, well, Phil Collins, you know. Pop fans hate it for its handful of admittedly truly horrible songs. Just like Microkorg enthusiasts hate the R3 for sounding cleaner than a first-gen MK or an MS-2000; VA enthusiasts hate it for not sounding like an analog. I love “abacab” for its unique, electronic, Prophet-5-heavy sound, and for showing off what a terrific musician Phil Collins actually is, whatever you think of his songwriting.

Well, the analogy stops here – as I have mentioned the magic word “Prophet-5”, let’s be honest: The R3 is not a good VA to replicate vintage P5 sounds. In case you should be desperate to replicate the sound from Genesis’ “Lonely Man At the Corner”, better known as the sound from PC’s “In The Air Tonight”: There are much, much better VAs for that – please do look at Creamware’s Pro-12. So let me break down what I like – and dislike – about the R3.

The depth of the Radias engine

The R3’s basic layout is a traditional substractive synthesis setup, with two oscillators, two multimode filters, 3 EGs, 2 LFOs. The first oscillator features classical as well as sampled wave forms. The filters are not too bad for digital filters. A small mod matrix complements a couple of hard-wired modulations such as velocity/EG and LFO2/pitch. Some extensions and variations on the classic theme, under Korg’s “MMT” label from the Oasis line.

Some of that stuff is weird – Format wave forms, anybody? – some is really good. I love switching OSC1 to VPM – this is Korg’s variant of Casio’s Phase Distortion synthesis from the 80s, which was Casio’s variant of DX7-like FM synthesis for normal humans without a second brain or PhDs in acoustic physics. A wave shaper, technically a lookup table but very versatile. Filter2 working as a comb filter, i.e. a resonator for Karplus-Strong type string plucking sounds. And up to three independent effects per sound, including another bit crusher as well as a ring modulator.

The best thing of the R3’s mod matrix may be the feature that is not part of it: a sixteen-step modulation sequencer. Apart from sequencing, well, pitch, it can animate parameters like OSC1’s harmonics in VPM mode, which you cannot reach from the mod matrix. It can even modulate the mod matrix’s modulation depths. I would wish that the mod matrix could reach all the targets the mod sequencer can reach, but it is unfortunately much more limited. They fixed that in the Radias – a Radias is two R3s packaged with an Electribe and many, many knobs – but the software update enabling the additional targets never was back-ported to the R3. Underdog indeed.

I do own a Radias, by the way. It understands R3 sounds, and they are among the best for this synth.

Let’s face it: in terms of digital technology, the R3 is old. 8 voices – 4 per split – are not enough. (Still, its even more limited Microkorg brethren are sold to this day.) There are fresher VA alternatives that are just as cheap, like Novation’s Mininova. And there are some things to hate about this small machine.

The plastic housing is cheap. The full-size keybed is playable but nasty. (Take my word for it: the keys don’t feature the usual metal springs but are attached by flexible plastic working as a spring load – ewww!) They tend do turn yellow over the years as well. Really, really nasty. They could also do with an aftertouch, but even if the R3 HAD aftertouch, the limitations of the mod matrix would mean that you could not program it to control vibrato independently of the mod wheel.

In summary: Rational causes for a a love affair